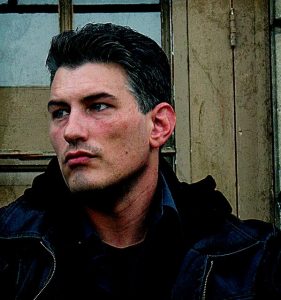 I’m sad to announce that Jeremy Pursell, Sapphirefoxx’s longest tenured employee, will be stepping away due to health reasons. Jeremy has been with SapphireFoxx for eight years. To put that in perspective, he was hired towards the end of Shifting Roommate’s comic run.

As an artist, Jeremy has created so many characters, backgrounds, outfits, and other props we’ve used over the years. He’s created nearly all of our protagonists over the years dating back to Different Perspectives. For locations, he’s made anything from Alistair’s Cave, to the wilderness of Mysteria, to many of our favorite character’s homes, and to even the starship Crossfire. Jeremy has tackled large projects such as organizing and overhauling our characters’ body type system. He is also the person who’s made all of our various animated spell effects. Even after he’s gone, we’ll still get to enjoy his work for a long time to come. 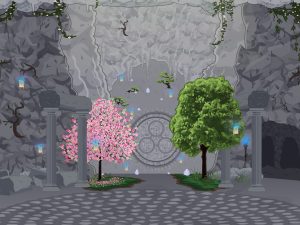 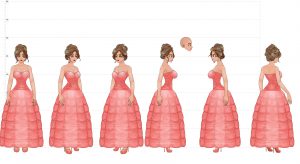 Alyssa Outfit 10, 2018 – Alyssa, the winner of our fan vote from last year, was one of Jeremy’s creations. 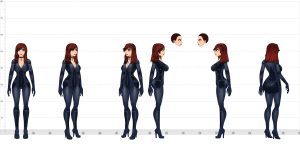 Robin Remastered, 2019 – One of many old characters who was ‘remasted’ by Jeremy. 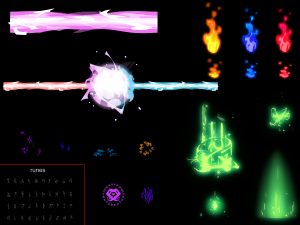 Spell Effects, Various – Some of the many animted spell effects Jeremy created over the years. 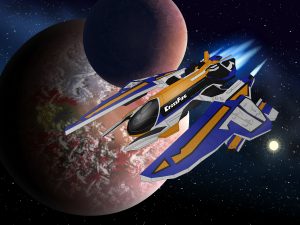 Crossfire and Space Props, 2021 – Jeremy played a big role in creating the world of Crossfire. 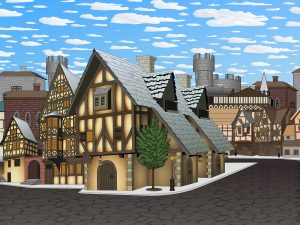 Capital City, 2016 – One of many locations in Maker Game’s Mysteria that Jeremy drew. 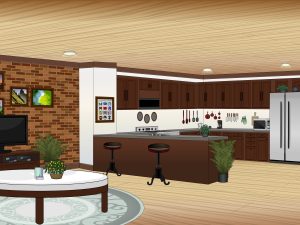 Oliver’s Apartment, 2017. If it’s a protagonist’s house or bedroom, odds are that Jeremy made it.

Jeremy has been an incredibly hard worker over the years, and was always up for extra work whenever it was available. He lives in Ohio, and loves working on music in his spare time. If you’re interested, you can check out Jeremy’s music collection on his website. www.illrecur.com 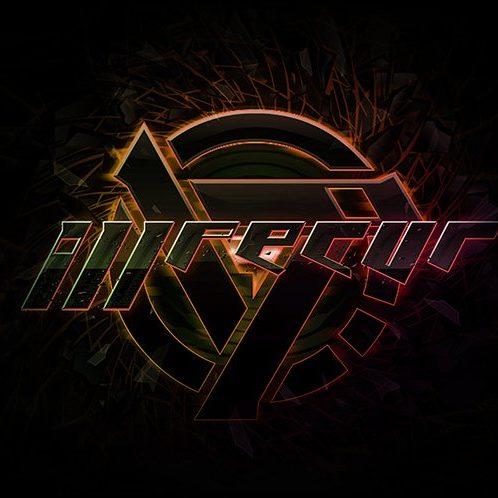 I want to wish Jeremy the absolute best with his recovery and hoping he finds nothing but success in whatever he does next. Lastly, Jeremy wanted to say “Thank you for the years over viewership and opportunity to help the community enjoy the content.”

On a somewhat related topic, I’m planning to put together a “Meet the Team” page for the SapphireFoxx staff. There’s a lot of people who work hard behind the scenes to bring you the animations and comics you love, so it would be nice for you all to get to know them a bit better than just a name in the credits.

Thanks for all of the amazing work you have done over the years! I hope your health related issues get better <3

He is a wonderful and inspiring artist. His legacy will go on and will always be a part of Sapphire Foxx. I hope he’s getting the care he needs during these troubling times. You’ll be missed, Jeremy!

Wish you the best of luck, Jeremy!

Fare thee well and good luck with your next endeavor.

Editing the wiki made me appreciate the people in the production team even more. So, thank you Jeremy for the wonderful work you have produced for SF, and I’ll be wishing for you to get well soon.

This sounds like a very hard to replace coworker that you are loosing. Thank you Jeremy for all the years of work you put into this. Your creations (as far as I now know that are yours) are incredible. Have a good recovery Jeremy. I wish you health, happiness and – of course – prosperity. Stay strong and remember that you helped a lot of people in this community. Your work meant a lot to many. Way more than you can probably imagine. Wherever you Reallocate yourself next, Elaborate what you want Diligently and don’t get Jumbled Up with what… Read more »

Farewell, gracias para todo que hiciste, and I hope you get well soon

Thanks for all your hard work you’re efforts have been enjoyed. I wish you all the best going forward.