I apologize for the comic reveal of the next Beyond comic coming this close to release. The cover page was supposed to be released last Wednesday, but kept getting delayed for various reasons. Anyway, Jennifer makes her return in the new series “Too Good To Interrupt”! I think this is the first Beyond comic to feature a female to male transformation.

“This alternate ending to ‘Too Good To Put Down’ will show what would have happened had Alistair not cockblocked interrupted Jennifer and Isabelle just as things were getting good. Isabelle transforms into a well-endowed hunk, calling herself Isaiah. How will Jennifer/Kevin react to this new alpha male on the prowl?” 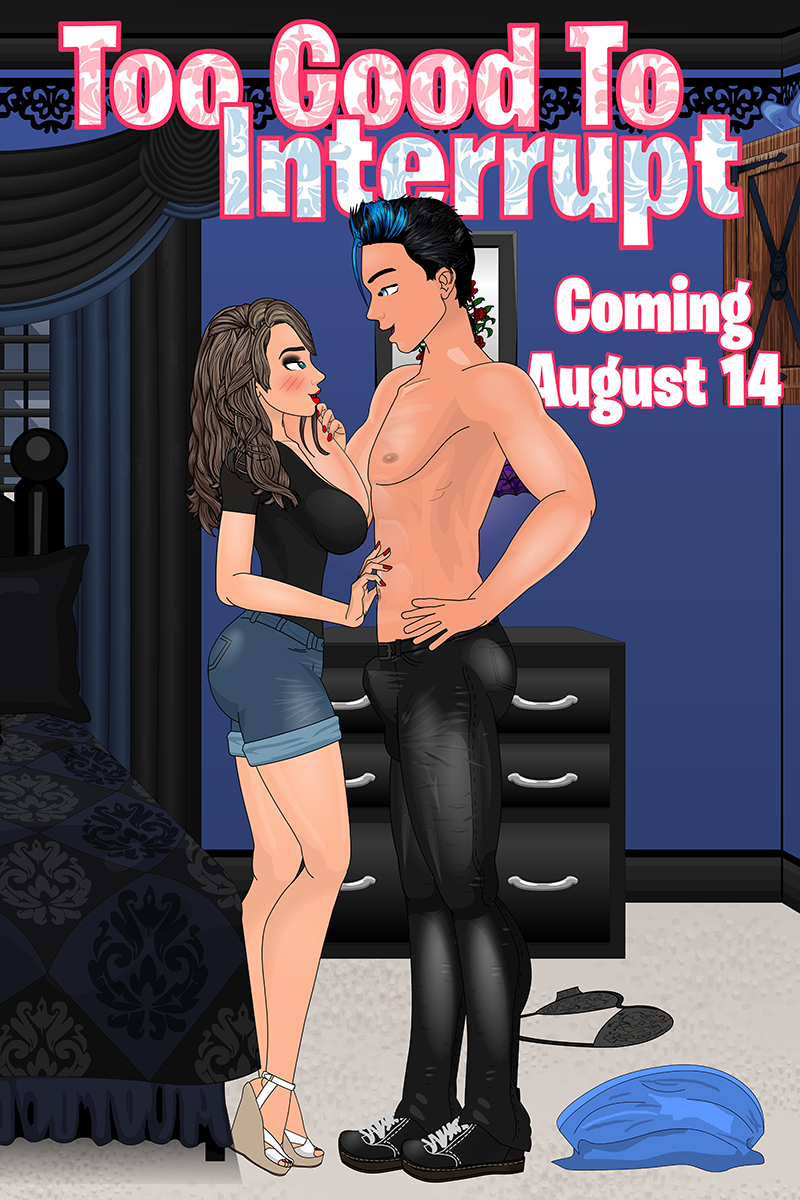 Isaiah looks so hot that he’s turn Chris on

Nope. The first page of this comic is up on the beyond site, which is the only website it was ever going to be on. That’s why it’s advertised as the newest Beyond comic. If you wanna see it, you have to get an beyond subscription.

I guarantee you most people would watch Chris and Isaiah banging each other. Cause just fucking look at him. He’s hotter than Chris

Sorry, but I’m gonna say no. Most of the Sapphirefoxx audience would not like to see any male-on-male sex, even if it was Chris and Isaiah. Keep in mind, the majority of the SF audience are heterosexual males who’s favorite fetish are gender transformations. While there are female and transgender viewers, they make up a minority of the audience (there was a poll a long time ago that said less than 25% of the SF audience is transgender). Most people come to this website and the beyond site for the male-to-female transformations and the sex that comes with it, essentially… Read more »

I’m just saying that IF they actually are gonna do a male-on-male tf to break the monotony(they probably won’t). It’s probably gonna be between Chris and Isaiah because 1. They’re the most popular pairing 2. Chris is bi(if you’ve watched swap poker 3. Isaiah seems to be the most attractive male character(at least for me)

Well that wouldn’t work in story though. Too Good to Interrupt is a “What If” scenario for Too Good to Put Down. Namely, what if Alistair didn’t stop Isaiah and Jennifer when they were making out? And with that in mind, you also have to apply the timeline only through Too Good to Put Down, so Chris and Isabelle don’t even know each other, and this would be when Isabelle was an antagonist. Even if they had met at that point, Isabelle wouldn’t have stopped to help Chris, nor would there be any guarantee that they’d be romantically involved with… Read more »

Still hot so I’m not complaining. Can you at least agree that this Isaiah looks better than the original design. By god was the OG Isaiah model so freaking plain. Jennifer is pretty upgraded too so nice

For all we know, Chris and Christina could merge into one character, kinda like Jade from Undercover Agent, and Holly and Izzy stay as men, or Holly and Izzy becomes a couple….for a while, until Christina becomes an op sorcerer.

None of that makes a bit of sense. Christina doesn’t exist in Substitute Perspectives, Chris and Holly have broken up and she never got the ability to turn into a man, Chris doesn’t know Isabelle, and Chris doesn’t even know that he has magic powers. 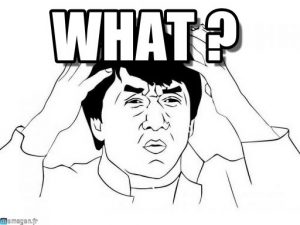 No, I actually agree with Brooke. As a fantasy fetish, one life completely transforming into another to the point that the old life no longer exists is pretty hot.

I’m not saying I want that to happen to me, nor would I wish it on my worst enemy, but there is a large appeal for identity death within the gender transformation genre. It’s messed up, but who cares? They’re fictional characters anyway. That’s why it’s a fantasy, and a great fantasy at that.

Identity death is just as much of a fetish as gender transformations are.

Fuck anyone who gets turned on by the messed up concept of identity death. The best tg tfs are consensual and you know it.

First of all, don’t go kink-shaming anyone on this website, or anywhere for that matter. This is supposed to be a website that is accepting of all kinks and fetishes, including identity death. Hell, there are even a few identity death stories on this site, like Putty in Her Hands, Online Poser and The Date. Second, I don’t necessarily agree that the best transformations are the consensual ones. Don’t assume that everyone on the site agrees with that. If these transformations were happening in real life? Yes, I’d want them to be consensual. But since these aren’t real people, then… Read more »

I agree with you, but at alot of people (including the cishet male audience here) get off to kinks that violates and mindbreak its victims more.

Easy, guy. I don’t love that it turns me on but it does. And maybe the best ones are consensual in your opinion, but seeing transformations like The Coed Curse, No Hard Feelings, and Corporate Takeover and then looking at the ones in Ashes to Ashes and Getting into Character, the ones where characters are transformed against their will are just better in my opinion. Don’t hate a kink when we’re all here for a kink.

Is there a reason why you like the ones that violates someone personhood?

No one’s “personhood” is being violated in animations like Putty In Her Hands. Because none of the characters being transformed are people. They’re fictional characters. They don’t have real feelings or thoughts or rights, because they’re not sentient creatures like you or me. These character exist for one sole purpose – to be transformed in sexy and entertaining ways. Most people don’t care about the rights or feelings of the characters in a porno, because those characters only exist to be sexy and to be wank-off material. The same thing applies to characters in stories like Online Poser and The… Read more »

The problem with identity death isn’t that they transform into the opposite gender against their will The problem is that they go from a decent enough character with personalities, hobbies, and charm with into a sex obsessed bimbo or a character with a complete different without any trace of their previous memories and traits. Besides The Coed Curse and No Hard Feelings aren’t hot because they transform against their will. It’s because the ladies transform into are hot fucking women. Isn’t that the whole point of tg tf? Unremarkable looking person turns into a gorgeous looking being of the opposite… Read more »

Just because you personally have a problem with identity death doesn’t mean that everyone agrees with you. Nor does that make it okay to shame those who are in to identity death. Also, the way you described your “problem” with identity death? That’s exactly why I love identity death. What you described sounds pretty hot to me. And that is why I like animations like The Coed Curse and No Hard Feelings. You may have your own reasons for liking those animations, but people can have different reasons for liking something than what you imagined. Don’t assume that everyone here… Read more »

Simple, because of Top it off. That animation doesn’t have sex but is a great animation either way

The two in Top it Off weren’t a couple though. They had crushes on each other and the animation ended before they could fuck. Had that been turned into a series, those two would absolutely have fucked. Because that’s a one-off, there was no time for them to have sex. One-offs are different anyway since they focus on the transformation, not the characters, so for your example one-offs really shouldn’t count.

There is an Undercover Agent comic coming this fall 😉

D The Weeb
Reply to  SapphireFoxx

Let me guess; Jade ends up being like the clone-Cleoy, right?

Personally i would like to see a GIC gone magical.

Jennifer is up there with Erica, Mary, Ariana, and Mila in the Foxx-Verse top-5 best-looking girls. Super excited to head back to Beyond for this one!

Isaiah is hotter than Chris. Fight me

Chris and Isaiah would probably be the hottest gay sex ever.

You mean Christina and Isaiah

Nah Christina has a boyfriend. She’s too sweet to do that

Is it the same as the one in Different Perspectives?

I wonder how will Chris figure how to control his magic, or does the new Male Izzy dates Christina in this new timeline.

Since this would be an alternate timeline version of Too Good to Put Down, this would be set before Isabelle met Chris. So for now, Isabelle is single.

I know that, but Izzy has to appear in Substitute Perspectives at some point, and I’m hoping for Alistair to make a appearance too, just not in this story.

I never said that. Crossovers are always possible. 😉

D The Weeb
Reply to  SapphireFoxx

I can’t wait for a Isaiah and Christina sexy scene one day, or even Holly and Christina becoming a couple, if only if Chris realizes that they are a sorcerer.