It’s been over two years since we had volume 2 of “Halloween Switch: Girls’ Night Out”, and now the series is back in a big way with Volume 3! Not only are we getting more Robin, Riley, and Damon, but you can expect Ash, Holly, and even Andre from Corporate Takeover. You can expect volume 3 to begin on April 20th!

“After two back-to-back nights of mind-blowing sex, Robin doesn’t want to give up her incredible womanly body to go back to being a man. With Damon and Ash’s help, she can try out a life where everyone only remembers Robin as a girl. While one busty redhead is living her best life, another redhead is encroaching on a curious Riley.” 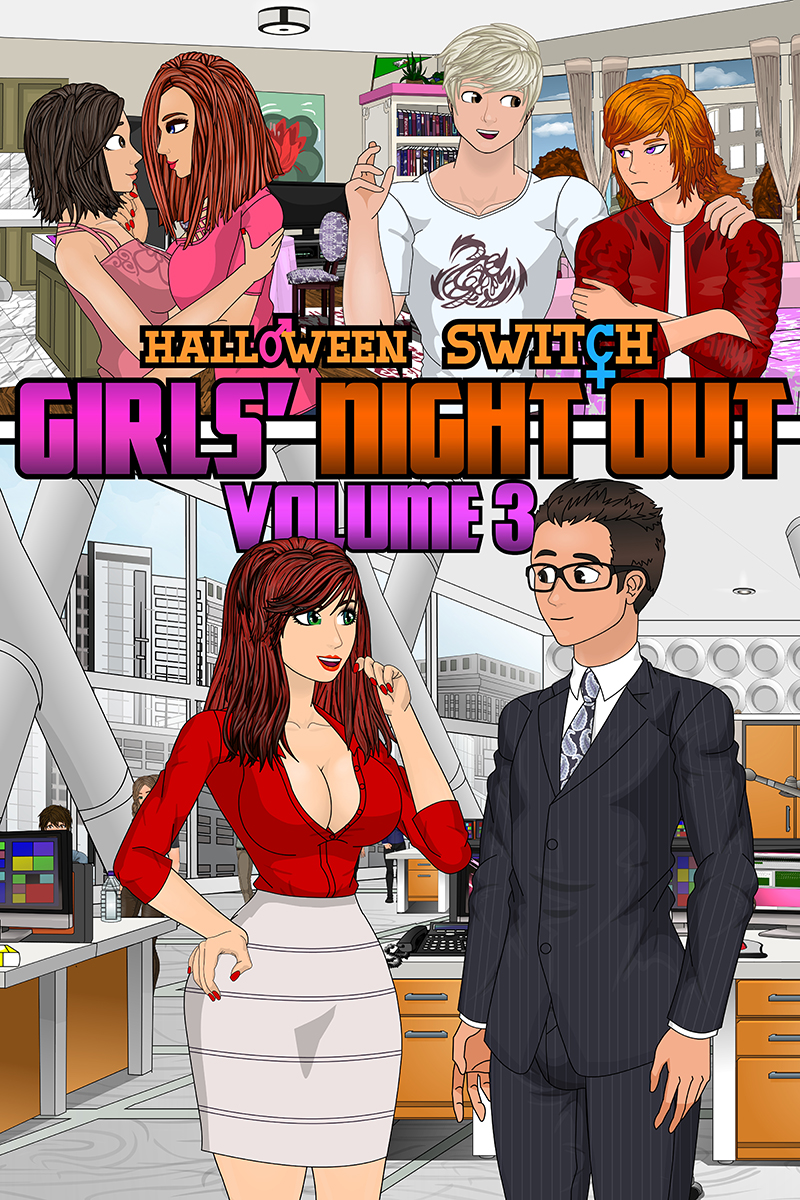 For future comic plans, Girls’ Night Out is now planned to go a full five volumes as a series! And as a teaser for the next comic, we’re starting production on another Beyond comic which hasn’t had a volume in a long time.

While Robin remains incredibly sexy, can we have the No Hard Feelings beyond comic next, instead of another series? Hell, I’ll write it.

So going by this, Damon is much less an asshole in this alternate scenario than he was in Halloween Switch and Ashes to Ashes. Given this, I am pretty sure he will be much more an asshole than he already is in the main SF universe if he joins Sylvana’s army. He’d be way more despicable if he kidnaps not just Holly but also Robin and Riley as well. This also pretty sure says to me that Robin in both scenarios wants to be a woman in the end and Riley is attracted to girls in both scenarios as well… Read more »

Is Ashley in this universe?

What you talking about? She literally shows up at the end of Halloween switch.

Ashley doesn’t exist in the Beyond universe, or at the very least this takes place before that would have happened.

D The Weeb To Magic Girl Dee
Reply to  SapphireFoxx

Would she ever, or Ash doesn’t have the curse?