“With the Death Boss defeated, the party of five finds a way to escape the digital world through a portal that opens. However this time, the nefarious Grey Mask will have something to say about those who defy his new prison world inside of the game world. How will things play out this time with half the group trapped outside the game and the other half trapped inside?” 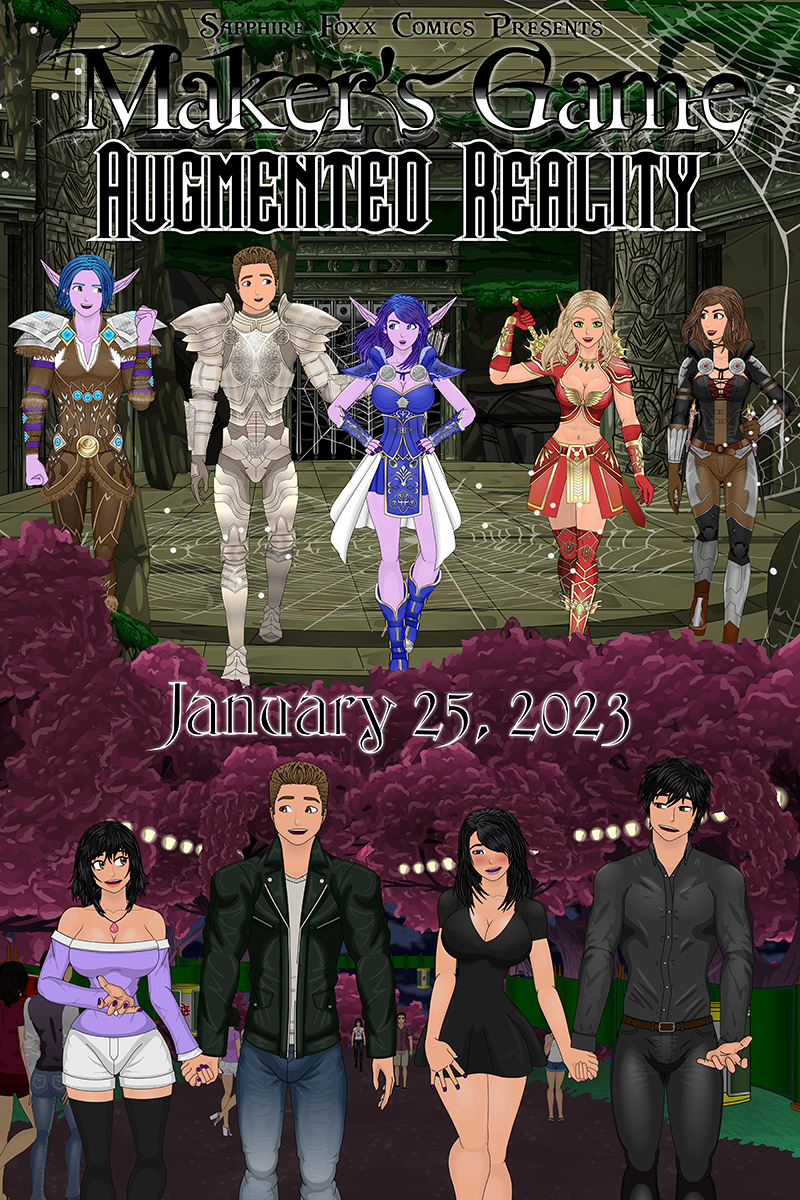 wouldve been nice to have a spin off with isabel’s body stolen by the villain but meeeh.

Who says this is the only volume? If people like it, we’ll do more.

hey this comes out on my birthday! what a nice coincidence

It seems that in this comic, the double date between the siblings and their fake-soul counterparts would be happening this time.