I’ve written so many posts and scripts over the years, but nothing compares how hard this has been to put to words. On Friday the fifth, my father Joe passed away at the age of 73. While his health hadn’t been the best over the last few months, no one in our family was expecting something so drastic so suddenly. It’s been the most difficult and painful weekend of my life. At least my mother, sister, and I have had each other to get through this. 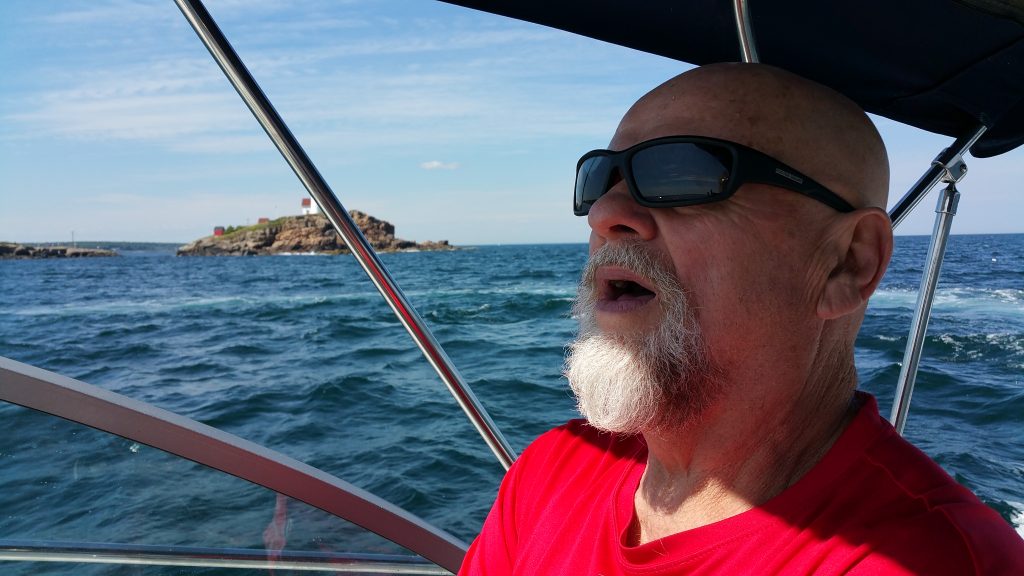 Dad and I renting a boat in York County Maine, 2017

As far as SapphireFoxx goes, all comic and animation content will continue to release as normal. My sister handles our customer support, and she hasn’t been able to respond to emails since Thursday night. She’s going to try to start catching up on the backlog today. I apologize if you’ve been waiting all weekend for a response to your email.

If you would like to read more about my father and the role he’s had on SapphireFoxx and my life, I’ve done my best below to put to words the man was and what he meant to me. 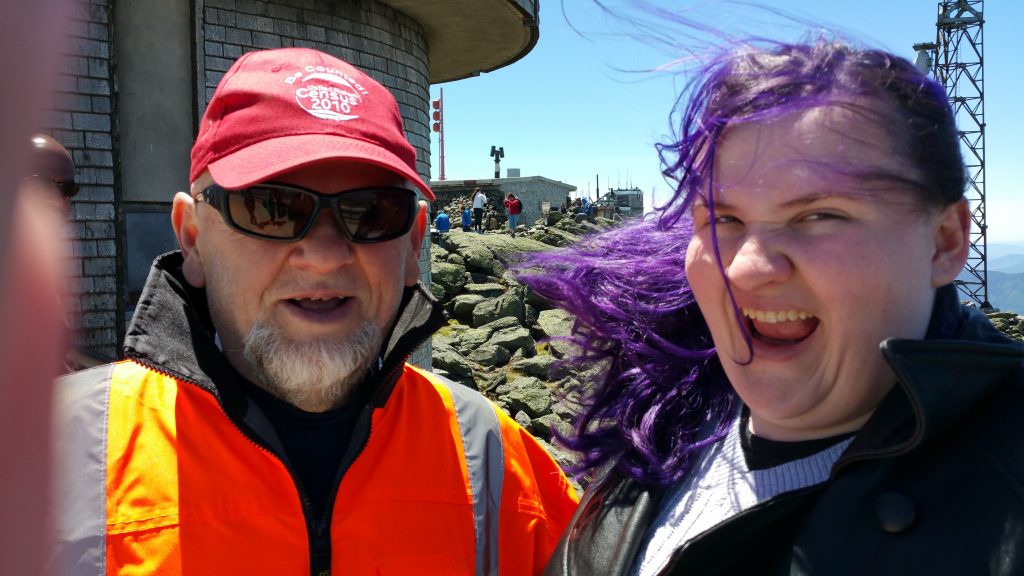 Dad and my sister Emily on the peak of Mount Washington, 2017

Joe was a Canadian citizen who was raised in Sherbrooke, Quebec. Growing up, his family moved around numerous times as his dad served at different Air Force bases around the world, including Hawaii, West Germany, and many different provinces across Canada. In the 1970’s Joe immigrated to the US and joined the US Air Force, after his father served in the Canadian Air Force. While his first marriage didn’t pan out as expected, he later moved to the Boston area, and met my mother who was a bank teller and aspiring teacher. 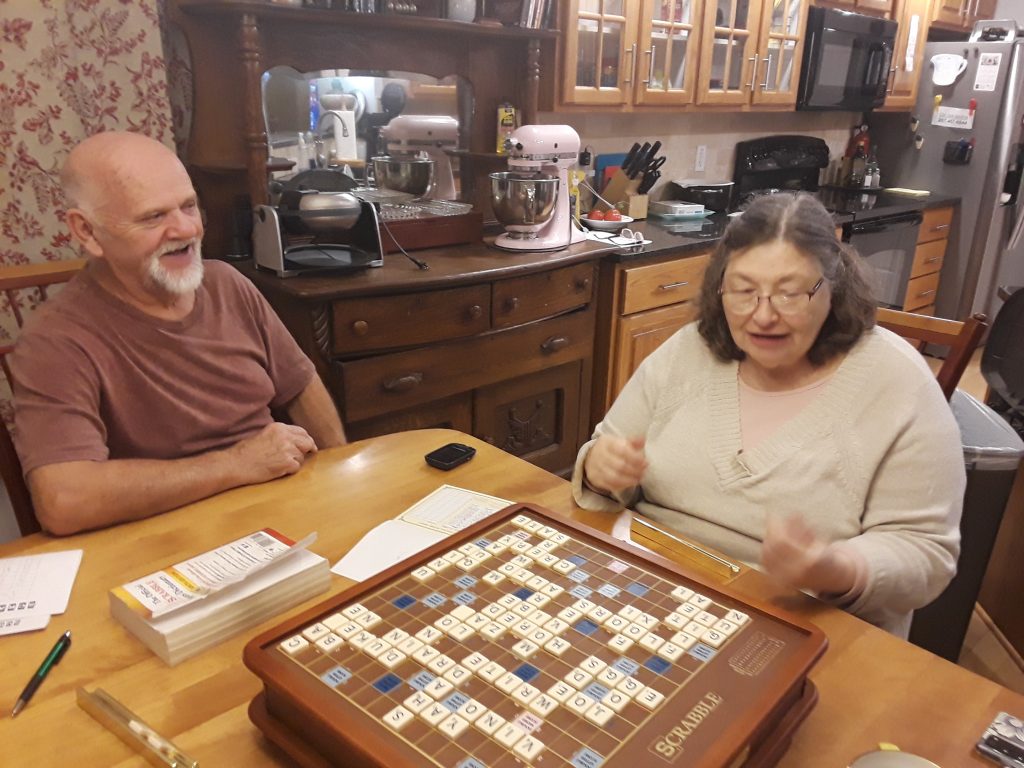 Mom and Dad playing on their new Scrabble board.

My father and I were opposites of each other in many ways, but we still got along so well. He was outgoing, talkative, loved the outdoors and enjoyed a hard day’s work. I was soft-spoken, creative, and preferred to stay inside with my computers and video games. Even though he could be brash and hard-headed, he was immensely understanding and supportive of his family. My father was the first person that I “came out to” about my secret SapphireFoxx business, and he was so supportive of me wanting to drop out of college to pursue it as a full time job. My dad was always there for me over the years when I needed help or advice. 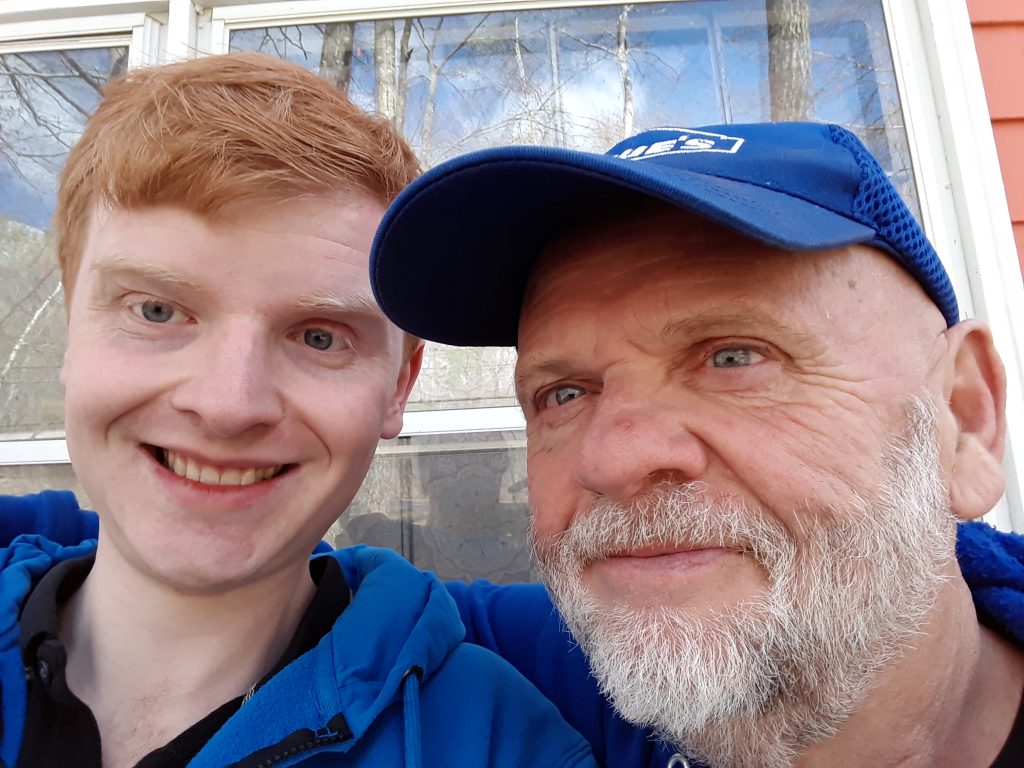 While I’ve never had many friends, my father was in many ways my best friend both growing up, and even moreso after I moved out as an adult. We hung out every Sunday to play pool, watch the Patriots, and out-compete each other in darts, foosball, chess, or even throwing the football around. He always looked forward to playing Scrabble against my mom everyday, and never backed down from a challenge, even when she beat him most of the time. Joe was also an avid writer and loved politics, writing many editorials and blogs over the years about anything he was passionate about. 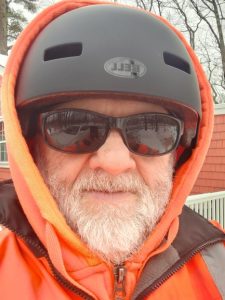 Joe out in the Maine winter.

I knew this day would come eventually, but I never expected it so soon or so suddenly. I don’t even turn 30 years old for another few months and he’s gone. He was so lively and active when I last saw him on Halloween night. On Thursday evening, he suffered an aortic dissection, and by the time I woke up Friday morning I got a call from my mother saying he wasn’t going to make it. It all happened so fast that I never had a chance to say goodbye while he was still awake.

If you’ve made it this far, I appreciate you taking a few moments out of your day to read about a man you’ve never heard of, and to listen to my rambling thoughts that I’ve been racing through all weekend. Always be sure to cherish your time with your loved ones, as you never know how much time you’ll have with them.

To leave off, here’s the last video I have of my father from last month. He and my mom loved playing Scrabble, so I got them a really fancy new board. I’m really glad I didn’t wait until Christmas to give it to them.

I am so sorry to hear that I will pray for him. I also had the exact experience. I missed my chance of saying good bye to my grandpa as well.

I am so sorry for your loss. Prayers for your spirits during this time.

I’m really sorry for your loss Sam, looks like your Father was a great man. We have to treasure each moment of our lives with our loved ones, I really wish you the best

I’m so sorry to hear about this Sam.
It sounds like your father was a wonderful man and that he meant a lot, not only to you, but everyone in your family and then some.
I wish you the best and I hope you’re doing well during this difficult time.

Hey Sam,
Thanks for sharing something so personal and heart warming, We never know where our individual journeys will take us or how long they will last -I’m happy you enjoyed yours with your dad. Best to you and your family.

I am so sorry for your loss. Treasure the memories of those you love, because even when each one passes you have the choice to let them live on in spirit through you. Good parents are beautiful and uncommon as they love and protect you as you grow and will leave you with the confidence that you are safe in this harsh world.🩸

Sorry about your dad

Nice family you got there foxy… so sorry for your loss… my condolencies!

so sorry for your loss, i know how you feel, losing your dad

I’m really sorry for your loss. I know what it’s like to lose a loved one. I’m always here if you ever need someone to talk to. Please tell your family my condolences.

Sorry for your loss.

Sorry for your loss

Rip sapphire fox joe may you rest in paradise

Thank you for sharing in your time off loss. Tell your family my condolences. Lost my dad this year also on Easter. I know your pain….it is also mine.