After 35 days of fierce polls, we finally have crowned a champion! Alyssa has won the SapphireFoxx Waifu Tournament! 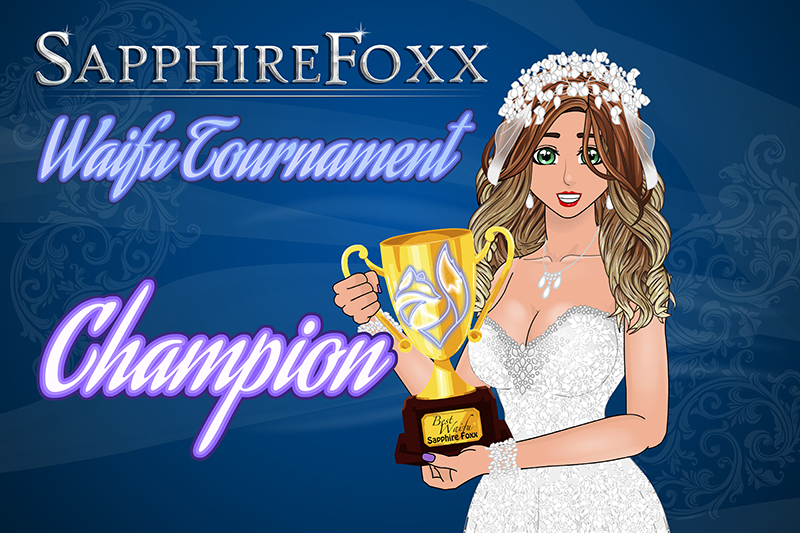 In addition to the Alyssa pinups below, there’s prizes for every character who placed in the Top Eight!

Characters eliminated in the Semi Finals or Finals (4th, 3rd, and 2on):
Mini-series Animations
Two or Three Volume Beyond Comic

*Because Jazmin, Mariah, Ashley, and Jessica varied between the two sites brackets, their one-shot animations will be crossovers with both characters. So a Jazmin and Mariah one-shot and a Jessica and Ashley one-shot.

Here’s Alyssa in three iconic scenes from the Final Four characters! Feel free to use these as Wallpapers! (and research purposes *cough!*) 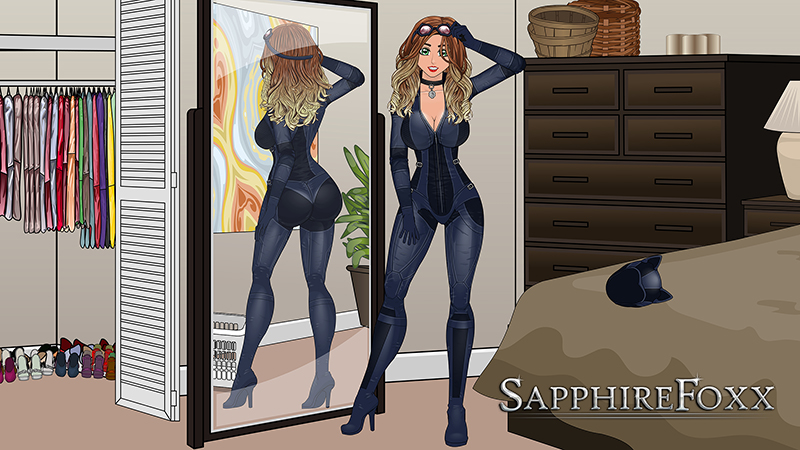 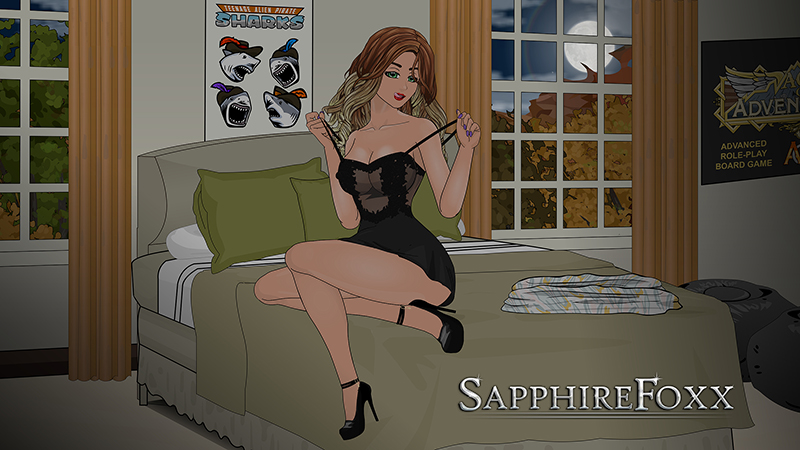 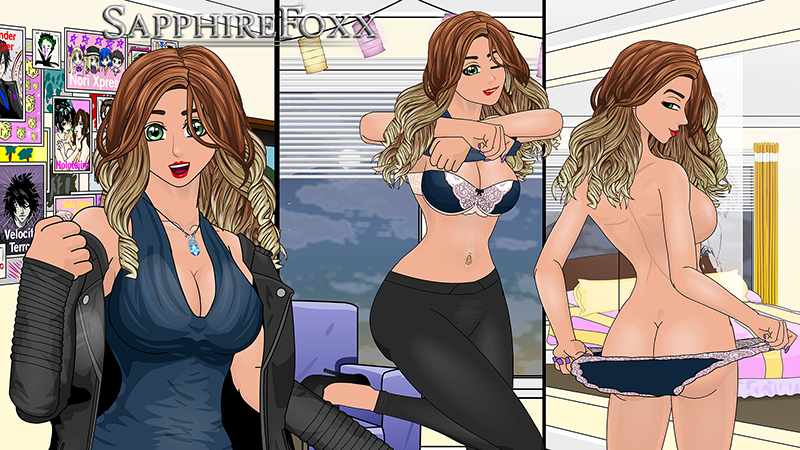 Leave it to the Finals to have the closest match of the whole Tournament! I had to wait to the last minute to put this together. Alyssa won by only three votes on the original site! 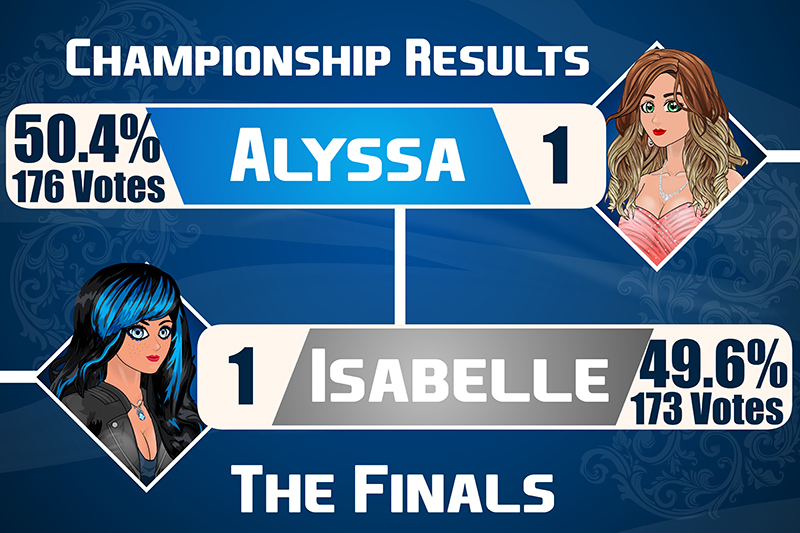 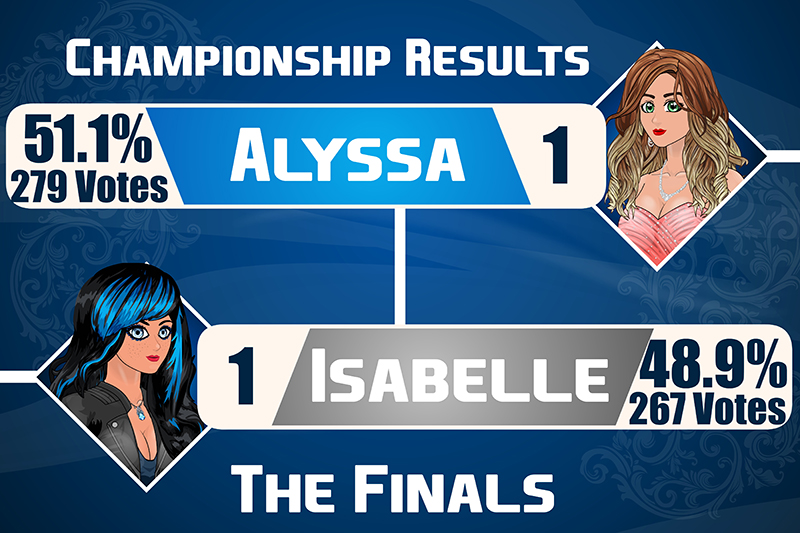 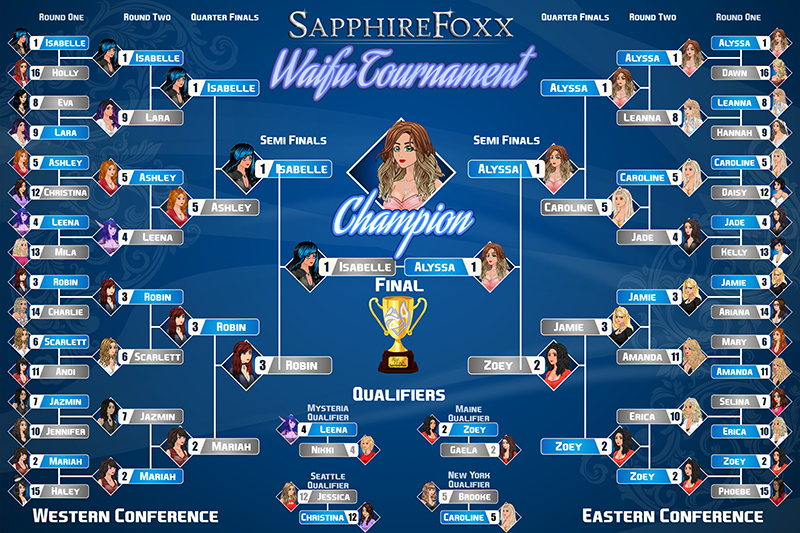 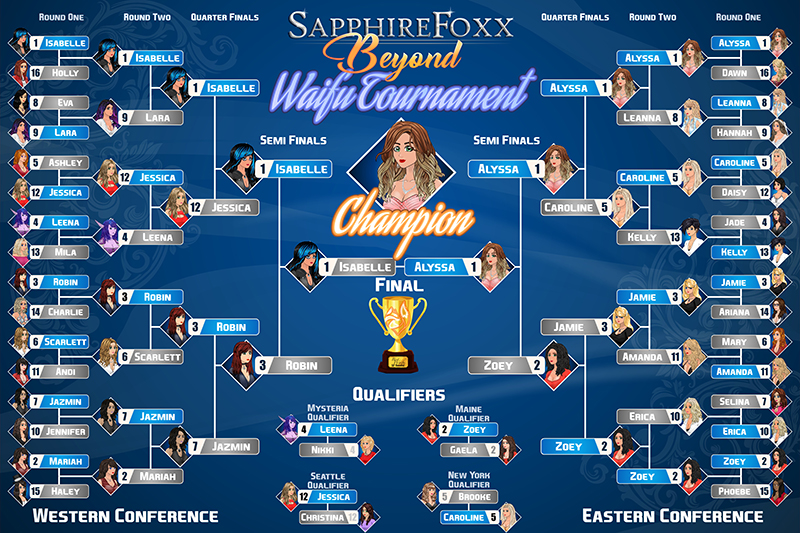 Good game! Well, now that the tournament is over, I want to share some stats, since I don’t have memes anymore… Biggest Blowout: Match 06 – Isabelle vs. Holly Isabelle got a whopping 280 (82.84%) of the votes during that poll. Holly only got 58 (17.16%) of total votes. Biggest blowout, as expected. Most Number of Votes on a Waifu in a Poll: Match 06 – Isabelle vs. Holly Also the biggest blowout match. Isabelle got 280 votes, the most out of a character in a single poll. Honorable Mention: Least no. of votes goes to Holly, with only a… Read more » 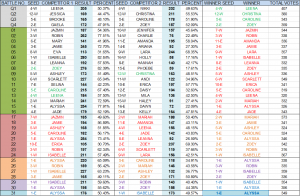 Very cool graphic! I’m glad someone else put that together because I’ve been spending so much time in the last month on making graphics and polls. One minor data point I will point out is that the average number of daily voters does not indicate subscribers, as most subscribers didn’t vote. Also, the Beyond polls averged somewhere in the mid to high four-hundred range. Also, the first poll (Leena Vs Nikki) was the only poll that was open to everyone. After that poll I resticted it to subscribers so that free accounts, people with multiple accounts, or beyond subscribers wouldn’t… Read more »

Glad to help! This was nothing compared to the hard work you’ve been putting for the polls and rewards. And thanks for the pin, appreciate it!

I’m not a Beyond subscriber now, so I can’t really check the data there, but nice to know that, anyway. Oh, and yeah, I forgot that the poll got restricted to subscribers only after the first one. Thanks for the additional info.

i m not voting.im not home.i m voting Isabelle

SapphireFoxx
The Fox
Reply to  Chromer

Either could be set at some point when those characters where around. For example, a Zoey miniseries could take place before she turned back into Zack. That also wouldn’t rule out a present-day series with Zack and Gaela as parents.

I knew it from the start.

Oh cmon!
Alyssa gets ANOTHER animated series after going 26 chapters of her own?!
How is that even fair for Izzy?!? I-
*matchmaker, apprentice, awakening, halloween, heist, etc*
9.9…

Fair point but I still think it was TOO close. v3v

Izzy didn’t get “crushed” at all. “Crushed” implies that the vote wasn’t even close or that it was a runaway for Alyssa, which it was not. On this site, Alyssa only won by three votes, and she won by 12 votes on Beyond. Both of which were the closest polls of the entire tournament. That’s like saying a basketball team that lost by one point got “crushed.”

What I meant was Izzy didn’t win by three votes.

@Zillatrek You win man congrats, dame so close tho. See you at the next comp then?

From boy, to woman, to queen of waifus. Alyssa has come a long way.

Congratulations Alyssa. I can’t wait for those mini-series 🙂

Narrow win but i love it. Alyssa certainly is one of the most iconic characters in SF. Not to mention her soon to conclude story. I greatly look forward to the prizes in one way or another. While i have been enjoying the newer characters like Jasmin and Leanna you can never beat the originals. I’m already imagining a couple of the cross overs and am so excited. Congratulations Alyssa!!!

Congratulations Alyssa! I knew you had it in you 😘

I wouldn’t really call Alyssa an underdog when she was a number 1 seed in the tournament, just like Isabelle. She couldn’t have been more highly rated than that.