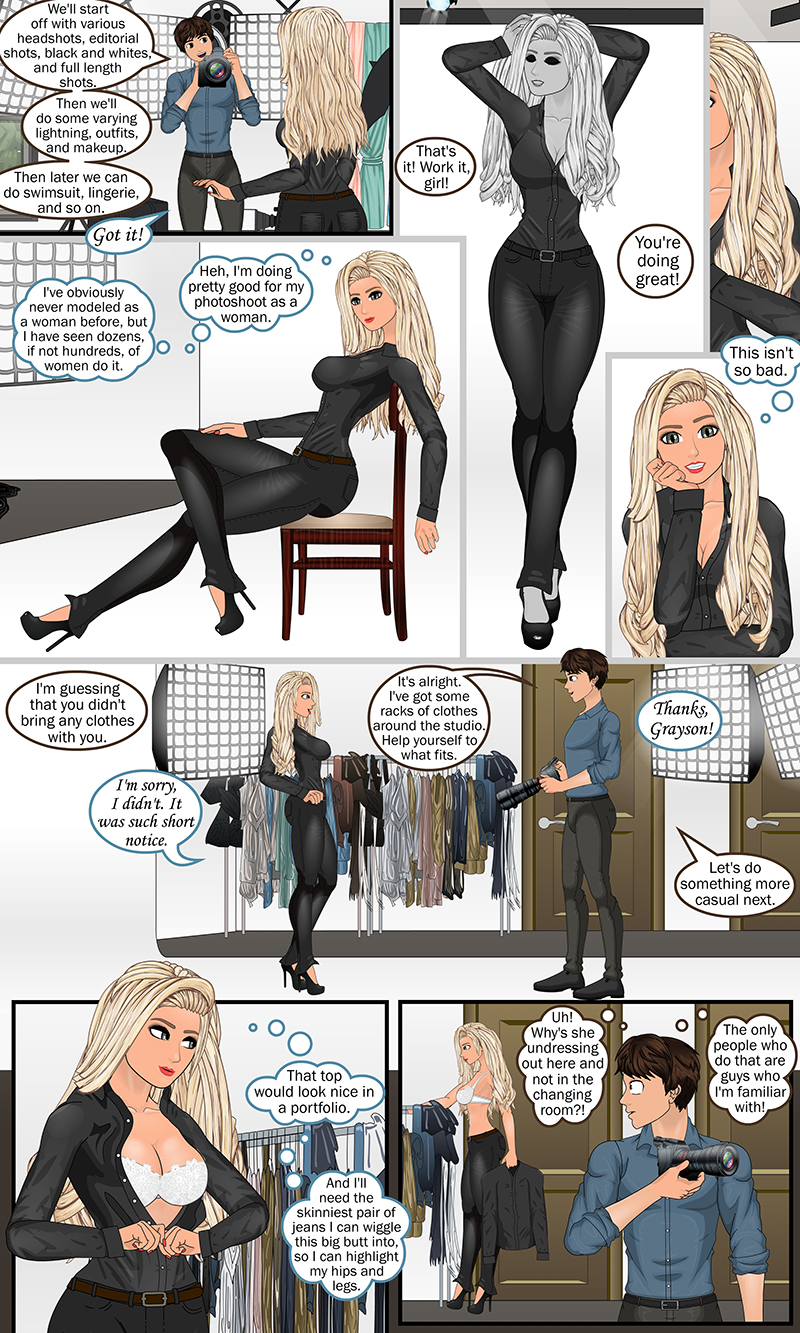 “Oliver gets his first taste of modeling as a woman.”